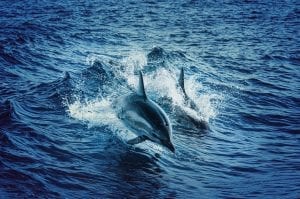 (Photo by Tom Swinnen from Pexels)

I am cleaning emails and came across this beauty …

On a warm sunny day, there lived a dolphin named Aqua who wanted to explore the human world. Aqua didn’t know that it was dangerous up there. A river dolphin named Lavender came down from the river and had said that the dolphin could go up. So the dolphin went up and 1 minute later she found herself laying on the shore. She couldn’t move so she just laid there until a young girl named Tacitus and others noticed her and the girl called for her father who was one of the dolphin helpers. Aqua got back.

She never went back up on the shore again. As for Tacitus, she went on to help other dolphins. She earned herself a nickname called Super Dolphin Helper Daphne. Then Aqua & Daphne met again while Daphne was swimming. Aqua kept following her so they started their own company and Aqua got a nickname as well which was Dolphin Assistant Spring. As time went by they both got older and then they didn’t use their body no longer. But Daphne transferred into a dolphin while Spring became a human. So Spring got her wish later in life.

They lived happily ever after.