Spent some time hanging out in the backyard today … pulled some weeds and dead stuff. Had to quit using the built in sprinkler system last year as there’s a leak somewhere and it caused the water bill to triple. Using old fashioned sprinklers and they don’t reach the entire yard so some stuff didn’t make it.

Lillian helped with the weeds and then spent some time reading. Thomas decided he wanted to have ants as pets. Went inside and got an egg carton for the ant house. He was being so kind to his little ants. At one point he asked, “Mom, why aren’t they moving?” I think he was a bit rough with them initially …. ;-( Oops!

He added one more ant to the clan (this one had a little more pep) and gave them some food crumbs and water. He put them to bed in the garage for the night. Told him we would look online to determine the proper care and feeding of ants! Wheeeee!! 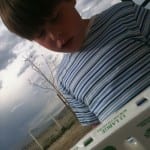 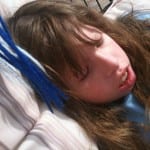 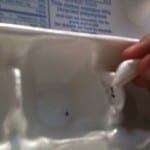 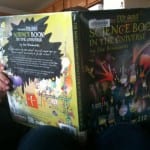 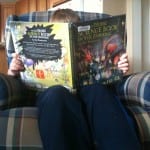