The year 2014 was a year of the knees slowly hitting the floor, culminating with a smack down slamming of those knees the last three months of 2014. Deep fears and negative emotions were faced and released like never before.

I began January 2015 with an intent to focus on meditation and love and have stuck to that. I knew that the solutions and answers were inside of me and no where else. I’m nearing the end of a 3 week intensive meditation exercise of meditating for an hour and a half every day.

A miracle has happened as I’ve been opening a heart that went into hiding as a young girl. Love is indeed a magical charm! Meditate on. Love on. xoxo 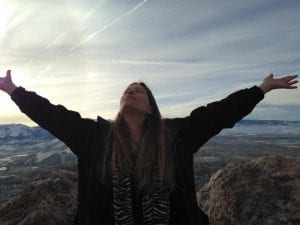 **Update** March 1 2017:  Just when I thought that 2014 was the culmination of the knees hitting the floor! There was more and deeper work to be done. Definitely not because it is fun. I had been harboring deeply buried hurts, pain, anger, and guilt from my childhood. I am currently in the fourth week of an intense five session reflexology and energy work course.

It has been literally kicking my butt. Seriously, physically painful …. Like, I thought I was dying two weekends ago. Holy heck! What webs we weave to not feel uncomfortable feelings.

Yet, absolutely, totally, amazingly, and miraculously freeing … FREEDOM. I have chosen to walk into the fear of my past, my personal shadows and darkness. So as to live my life from each and every present moment; rather than reacting from the past. And, thereby creating my future from the present moments and NOT from the past.