Somewhere in the vast blue sky between Baltimore and Vegas; Lillian showed me something she had typed in her phone.

After I read it, a lump formed in my throat as sweat pooled in my eyes … Once I was able to speak, I suggested she expand it and create a story. I could tell it meant so very much to her and that this came straight from her heart. May this touch your heart and shine of the love of friendship and the love of nature.

With permission, here’s what she wrote: “Sometimes I hope Macy will travel on an airplane one day in the future so Macy could see how beautiful the sky is in the air. Maybe she could be able to see a circular rainbow or better yet a spectacular sunset, sunrise, or both if that day comes (I hope it does … )”

Here’s the story; which she wrote right then and there during the flight:

Hey, everyone! I wrote this story on July 5th inspired by a daydream I had for a year. The character’s name is based on Macy Miller (a close 18p- friend of mine). I hope you enjoy!

Once long ago, there lived a young girl named Macy Helens who was afraid to fly on an airplane. One day though, her parents who were named Hannah and William announced that they were going on a family vacation but they needed to take an airplane to their destination.

Hannah had made a smart decision to use this vacation to help Macy get over her fears of flying. So Macy was scared but she knew she had to overcome her fears eventually. So Macy agreed to go. They left the next morning.

First, they went through TFA (The Fairy Association which is similar to TSA) and Macy wasn’t even scared but she was proud of herself. Macy handled the searching for a gate number, waiting, and the walking quite easily. The hardest thing was getting on the plane but she told herself not to look down.

It worked perfectly. Once they were about to take off, Macy was afraid of the steep incline that what she did was look out the window for familiar sights. Macy saw circular rainbows, a beautiful sunset, and a gorgeous sunrise as well. She was very impressed. Finally, their flight landed and Macy was very happy and proud. 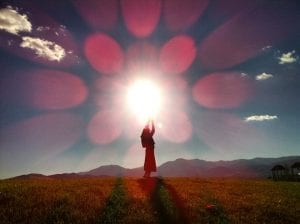