I have been working on this post for two days now! Done! It’s a throwback to 2010 and 2011 with updated content. I came across an article the other day that moved me to the core and just knew in my heart I must write this.https://camilladowns.com/…/the-power-and-magic-of-connected…/

Now we can go on a little adventure and then back to create a special poem to accompany a very special painted rock for a beautiful soul way down in the bayou.

She set a goal of going up 2 stairs, without holding onto me, before her physical therapy appointment today. She did it yesterday afternoon! By next Wednesday it will be 4 or 5 steps! Wahoo!!! 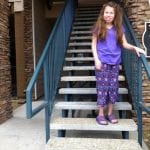 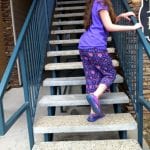 We’re working on the book trailer for Thomas’ upcoming book … “Grand Adventures of the Biggest Little Photographer” … Here’s a fun picture I took of him taking a picture of the mini figure taking a picture.

The book will contain many of the photos he took during the 365 day photo project he decided to do on his own when he was 8 years old. It will also include an introduction of how it began, quotes, and a bit of the story along the way. Coming Fall 2016 – You can pre-order if this sounds like something that interest you or if you know a LEGO enthusiast!!  … xoxo 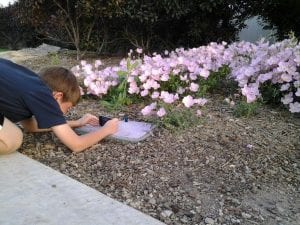 And just because. We made chocolate almond flour cookies last night at 8:30. Toasted to Team TLC and read our read-aloud-book!!! So YUM!!!

Looks like a grand adventure awaits us next month! The Chromosome 18 conference is in San Antonio this year, July 10-13th and we are going to drive. We found out today that an organization that has helped us get there the past two years is not able to help this year. xoxo

Every year Thomas and Lillian both want to contribute to getting us to the conference. They come up with their own ideas and offer their creations through each of their websites. Here are the different ways to support our trip if it feels right to you (and a link to a blog post with more information …https://camilladowns.com/…/2016-chromosome-18-conference-sa…/): 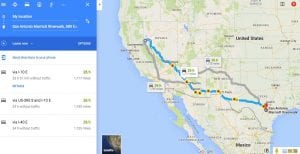 This. Just when this message was needed. I was drinking my water earlier today and this is what I saw.

Received some news today that is not what I expected and kinda leaves me feeling really tired. Yet, I know there is a different way to see this … And this was a reminder. Sharing for anyone else who needs it …. xoxo 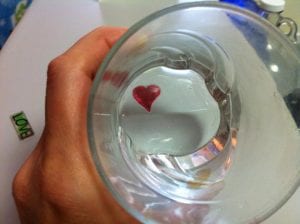 Lillian’s latest blog post and her latest abstract art creation, Rainbow of Emotions. Let her know if you’re interested in having an 8 X 10 print of it. This is just a picture of it. The scanned version will have crisp clarity. May you enjoy her story about Rainbows and Love! xoxo

“Hey, everyone! This story is about rainbows and love. I hope you enjoy!

Once there lived 2 rainbows who didn’t want to separate for the love of nature. Their names were Candy Rainbow and Princess Rainbow. One day, Candy Rainbow was accidentally separated from Princess. What they didn’t know was the Nature fairy had split them in half.

So his plan was to use his magic and power to get Princess out of the invisible world. So when Princess saw he was stretching out to use his power, she decided to reach over and touch his stretched arc. Candy felt lighter somehow but he didn’t know how.

Princess thought if people saw them, it would be easier to have 1 rainbow be invisible. Princess decided to go invisible but Candy was able to see her. Every once in awhile, Princess appeared behind Candy. That is why some people see double or triple rainbows.” 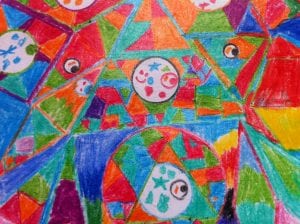 That’s what Team TLC did this morning. Next up, framing our intentions and rituals and hanging on our wall. We are family and It’s a wonderful world with Three Little Birds singing “Every little thing’s gonna be alright” …. Hakuna Matata xoxo 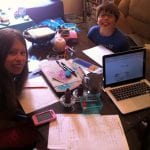 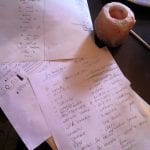 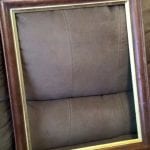 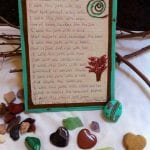 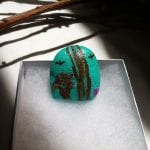 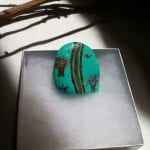