The Champion of Children – The Story of Janusz Korczak

Janusz Korczak had wanted to create a better world for children ever since he was a young boy. He grew up in Warsaw under tsarist Russia’s domination.

He designed and presided over an extraordinary orphanage for Jewish children. He believed the children could govern themselves, so he encouraged them to elect a parliament, run a court, and put out a weekly newspaper.

During Hitler’s rise to power he was forced to move the orphanage into Warsaw Ghetto and ultimately to the deaths of he and the children in the Treblinka extermination camp. He remained there for and with the children to the very end.

His insistence that children have the right to be loved, educated, and protected has continued to inspire people all over the world. 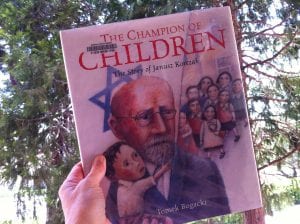