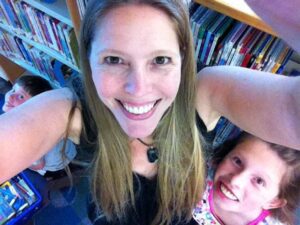 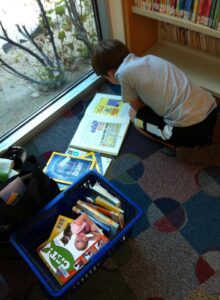 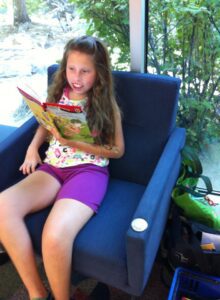 Old Turtle and the Broken Truth

The “Old Turtle” books are my absolute favorite!

A timeless story about love, acceptance, and the nature of truth.

“To all who seek truths and who listen to the language of breezes. (And turtles.)” ~ Douglas Wood

A book in tune with my heart … LOVE! Thomas and Lillian loved it too! 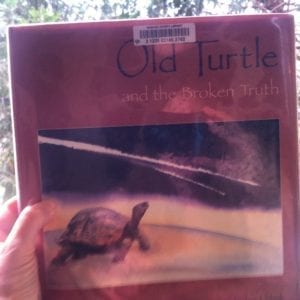 Warm enough to take our before bed reading outside now! YAY!!! 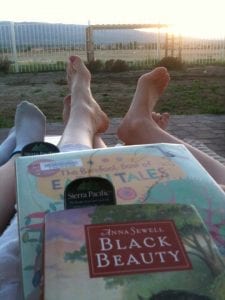 The Secret of Saying Thanks

“Perhaps you’d like to know a secret, one of the happiest ones of all. You will surely find it for yourself one day. You’ll discover it all on your own, maybe when you least expect it.”

We have enjoyed all of Douglas Wood’s books! 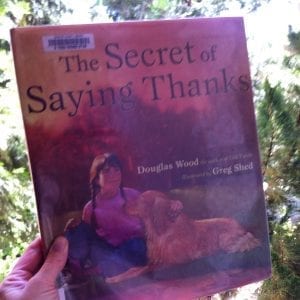 “I let myself go. I had little thought for houses and trees, drawing colored lines and blobs on the canvas with my palette knife, making them sing just as powerfully as I knew how.” …. And …. “I could hear the hiss of the colors as they mingled.” ~Vasily Kandinsky

An historical fiction of the life of Vasya Kandinsky who was one of the very first painters of abstract art. So interesting to learn that he could hear the colors. They literally made sounds that he could hear.

It is believed that he had synesthesia; a condition where one sense triggers another sense. He knew in his heart how he wanted to paint and kept straying from it to please others. He finally let loose!!

Lillian was glued to this as she loves creating and learning about abstract art. Thomas and I loved it too! 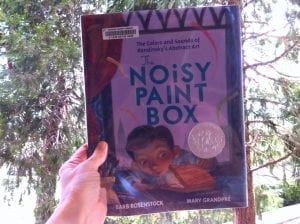 You Never Heard of Casey Stengel?

I absolutely adored this book. It had all three of us laughing out loud! Love the author’s style of writing and it was incredibly fun and interesting learning about Casey Stengel. xoxo 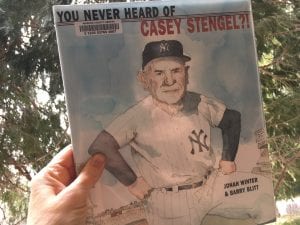 It was Princess puzzles tonight. We love puzzles!! xoxo 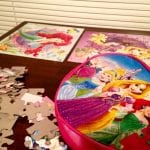 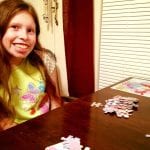 It was volunteer day at the library for Lillian Darnell and I today. This was the largest hold list we’ve ever had!! 109 holds! Took us two hours and ten minutes! WOW!

It’s usually half that! Lillian was a trooper. Worked the entire time pulling those holds! As we were driving home, she said that every part of her was tired, except for her arms. xoxo 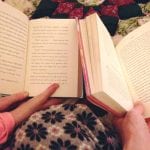 It was also get-invited-into-Thomas’ lair night. He showed me this cool community alongside a beach that he had created. He built me a little community of tiny houses on the beachfront. One for each Team member. My question: “When do we move in?” 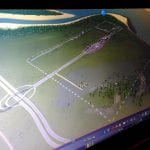 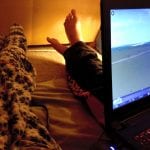 Dominoes tonight! Lillian made domino stairs. These were really cool as when you placed a domino at the top, it would slide down! Wheeee!!!! I love standing them so as to give that first one a push and watch em fall! 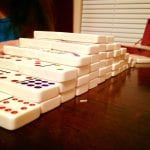 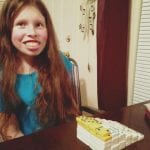 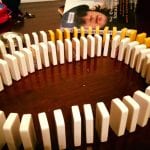 And Thomas’ community has expanded since last night! Wow! I told him I have to move now cause it’s too crowded! Then he showed me that he left my wee little beachside community in tact and far away from the rest.

See that small square shape on the beach near the top right corner? That’s it. Told him I would stay as long as I could get everything I needed there. Yep! There are two markets and everything else I’d need. Ha! xoxo 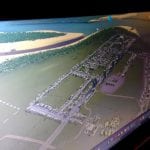 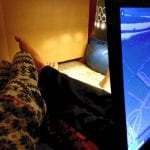 Thomas and I had a workout this morning. We carried these boxes down from the third floor and then walked them over to huge bins behind the building. Took us about 30-40 minutes. AKA: Homeschool PE … HA!! 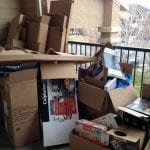 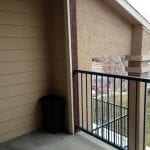 In the year 1859 the Statue of Freedom’s plaster model faced being broken unless a construction puzzle was solved. Philip Reid, a skilled and enslaved African American stepped forward and solved the puzzle.

In 1863, the Statue of Freedom was lifted to the top of the Capitol. Very interesting book! Had never heard this before and it was wonderful to learn about this amazing man! 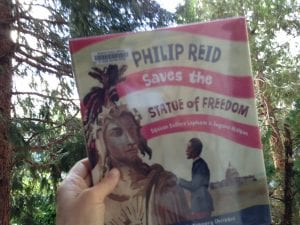 The Mysterious Guests – A Sukkot Story

This was a GREAT book with wonderful illustrations about Sukkot, the Jewish harvest holiday. A story about two brothers and lessons learned by one of the brothers. 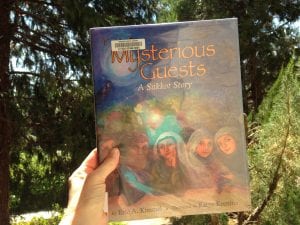 On a Beam of Light – A Story of Albert Einstein

Beautiful book about a boy who was endlessly distracted by the wonders of the world. When riding his bicycle as a boy, Albert Einstein, imagined himself traveling on a beam of light – a speed beyond imagining at the time.

We have enjoyed all the books written about Albert Einstein. Each has it’s own focus and they are all wonderful! 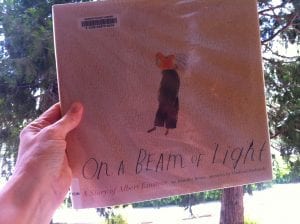