I say, “Love watching this magical tale with Thomas and Lillian. We had so much fun dancing during intermission!”

Thomas says, “Even though I’ve seen it four times, it’s still original and good! I like characters and special effects. I like the idea of the fantasy and the candy. It has a good storyline about him being an inventor.” 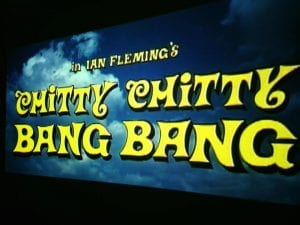