At the grocery store this afternoon I told Thomas to look at all the beautiful vegetables and fruits and to choose a fruit he’s never had before and a veggie he’s not had before. Told him he could look up different ways to serve/cook it later and not worry about that. He chose a radish bunch (yum) and a pomegranate. He had 1/2 a radish with dinner and loved it at first. When done he said I think my limit is 1/2 radish per serving. We’ll have the pomegranate later this week. So much fun for both of us! I’ll do this with Lillian next time! 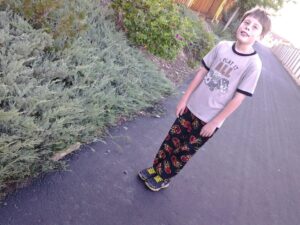