Chad Basil the First update. Basil has been with us for two months now.

He has nearly abandoned his safe space under Thomas’s bed, still returning there for his long afternoon nap. 😂

We’re learning his favorite things to play with, a small spiky rubber ball, little puff balls, and the assortment of foam balls Thomas and Lillian have collected over the years from birthday parties. I knew we were saving those for some reason. It’s pretty hilarious watching him toss the balls around, attacking them, with his back arched, and tail fluffed out. He loves playing with them on the stairs.

Basil enjoys jumping onto my bed, and the rocking chair to lounge in the sun. He’s finally discovering he can jump!

We finally got to hear him meow, as he’s been silent since we brought him home (except for the yowling the first 3 nights)! 😱 He meows to Thomas when he wants to be fed. It’s very quiet, and sometimes only a half meow.

Basil finally let’s us touch him. But, only when he’s half asleep, just waking up from a nap. 👏👏👏 He loves watching cat videos on our movie wall. Birds are his favorite so far.

Thomas is disappointed that Basil is spending less time in his room now. Hopefully, he’ll make his way back in there once he’s done exploring, and hanging out elsewhere. **Adding for those who don’t know – Basil is Thomas’s cat, adopted from the Humane Society.**

Lillian and Basil are steering clear of each other. He wants to explore her room so badly! 🤣 They are slowly warming up to each other. 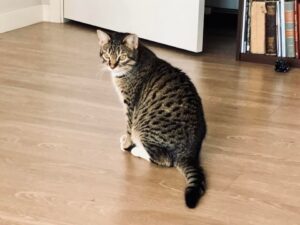 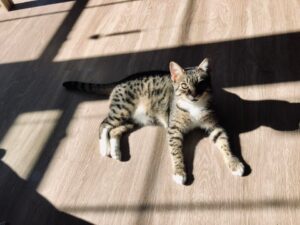 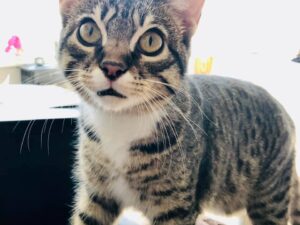 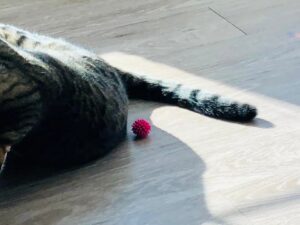 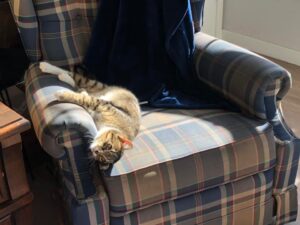 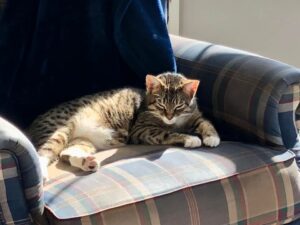 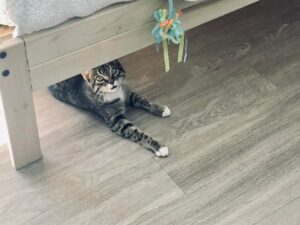 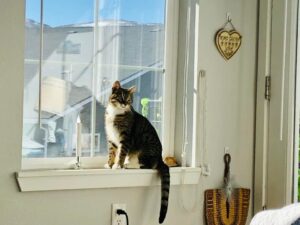 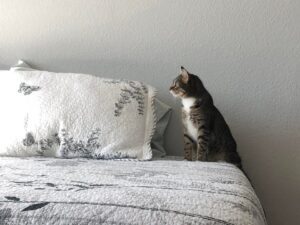 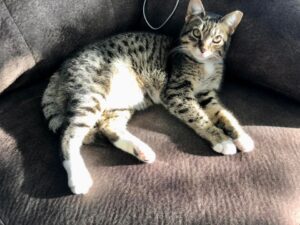 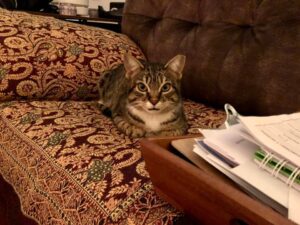 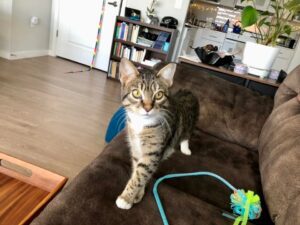 Chad Basil the First update. Basil has been with us a month and a half now. 🤍🐈‍⬛🤍

He’s leaving the safety underneath Thomas’s bed more, exploring more of his new home. His litter box and food are now out of Thomas’s room. Basil knows that’s still his safe space though.

He likes to play with the wand toy, and will play with me now. He’s still not ready to be touched, giving us lots of laughs. I was playing with Basil. He landed on my slippers, jumped up and hissed at my slippers. 😂🤣😂

Love when he hides under my bed. 😂🤣😂 See photo of a Basil tail. I’ve had to send him to his room a couple of nights, as that’s when he wants to explore and make noise, waking me up.

Just this past week, he got the courage to jump. Up until then he had not left the floor! He’s discovered Thomas’s window sill, and the birds feeding at the bird feeder.

For about an hour last night, he slept on Thomas’s desk. First time he’s slept anywhere other than under Thomas’s bed. 👏👏👏

Basil had his first case of the zoomies last night, too. At the same time I was going to bed. He nearly got sent to his room. 😂😳😂 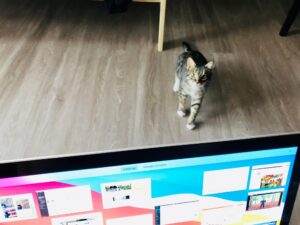 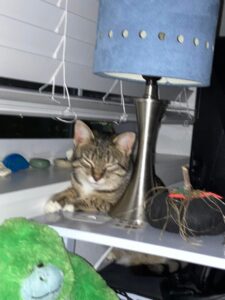 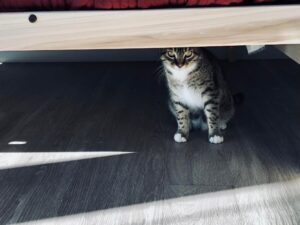 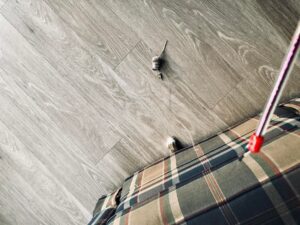 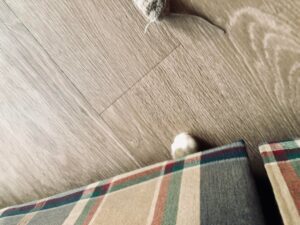 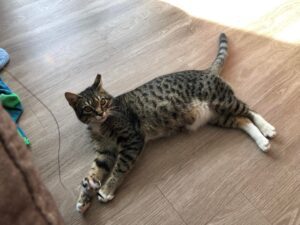 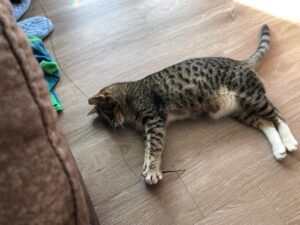 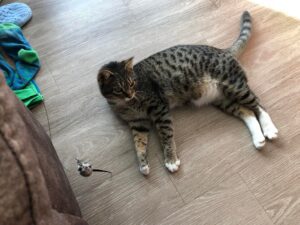 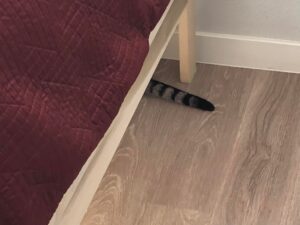 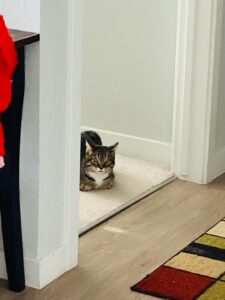 Basil has been with us two weeks now. ❤️ He’s leaving his safe space underneath the bed more often. He comes out to just relax, or play with his toys with Thomas. But if Thomas moves, he’s straight back under the bed. Definitely still hides if he catches site of me.

Thomas left his door open one night this past week. I woke to suspicious signs that someone had been snooping around the tree. One ornament off the tree, and one gift knocked over. Good signs that Basil is getting more comfortable, trusting, and feeling safe.

Slow going. Yet, we’ll get there. It’s actually good that it is slow going, as it’s giving Lillian the opportunity to get used to knowing Basil is here, even if hidden. I’m concerned that Basil won’t warm up to Thomas, or any of us. It seems to be moving slower than a snail’s pace. 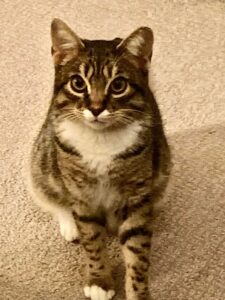 Isn’t he the cutest??!! Basil has finally started to venture from under Thomas’s bed. I told Thomas he has to take a photo of him every day until I can see him in person. 🤣😂🤣

Basil has been with us for one week now. He’s finally relaxing a little, not yet ready to leave Thomas’s room. I love his little white mustache and white toes. His full name is Chad Basil the First. 😂 We call him Basil.

You wouldn’t dare to think that he yowled for 3 nights straight in a row with that cute lil face, would you?? No, not him! Thank goodness we figured out the issue …. He wanted under Thomas’s bed.