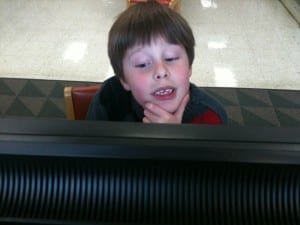 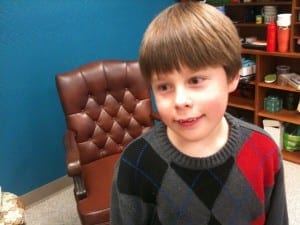 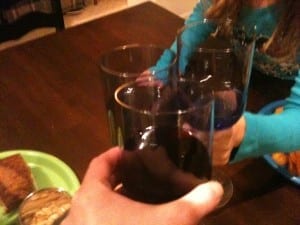 No school today for Thomas as it was a late start due to snow. Morning kindergarten is cancelled when it’s a late start! Thomas was sad because he was looking forward to seeing his friends.

I loved seeing Lillian play Atari with Thomas. She’s not shown interest in this before and hasn’t had the patience or motor skills to enjoy it. YAY! 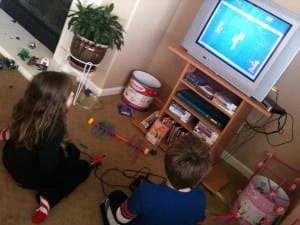 Thomas was restless so I “encouraged” him to go outside to play! When I checked on him he said, “This mud looks like peanut butter.” Yes, Thomas, it does! 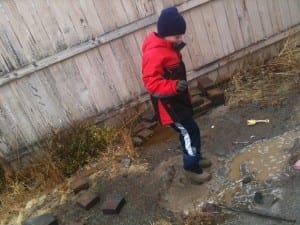 This afternoon Thomas had a meeting with Waters, the acting director at Take 2 Performers Studio. He starts his acting class on Tuesday. I won three months of acting classes for Thomas around Christmas! Justine, the owner, had a Toys for Tots drive and those who donated were entered to win 3 months of classes! WOW! What a gift! He is so excited!!!