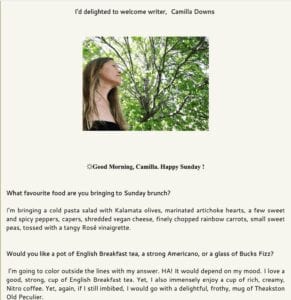 Thank you to Jo for inviting me to a virtual Sunday Brunch this morning. What fun questions! What food, drink and literary hero did I bring with me? Let’s see …

“What’s the oldest book on your book shelf? I can’t just list one as I love old books!

Here are the four oldest on my shelf.
1883 – Treasures of Use and Beauty: An Epitome of the Choicest Gems of Wisdom, History, Reference and Recreation
1884 – One Thousand and One Gems of English and American Poetry
1876 – Emerson’s Essays
1894 – Representative Men by Emerson
Which book do you really want to read but haven’t had time for …yet!”
Follow the link below to read further ..

And sometimes love
Calls to be cradled
In the loving touch
Of another.

Listen to the call
Of ….

Love and Hearts: Heed the Call of Love 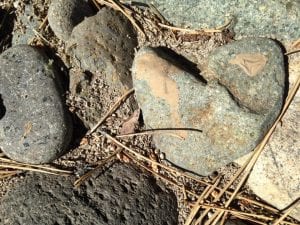 And sometimes
It feels as if
The broken heart
Will never mend.

For the glorious day
When compassion
And unconditional
Love return to
The broken-hearted.

For that glorious day
When all the the
Broken-hearted ….

Love and Hearts: The Broken Heart

“Whisperings of the Heart”

The heart whispers secrets
Try not to hear it you do.

Continuing to be in this life’s game
Following the rules, filling out the papers,
conforming to the this-is-the-way-it’s-done norms.
Too busy for interruption
to hear the gentle whisperings of the heart.

Poetry and Photography: Whisperings of the Heart

A Drive Down Memory Lane

The place where she and
her children had spent
seven years of their lives.

The place where her son
spent his young life
from one year old
through eight years old.

Driving past the many sidewalks
and trail where she had taken
walks alone, walks with
just her son, and walks
together as a family.

Poetry: A Drive Down Memory Lane 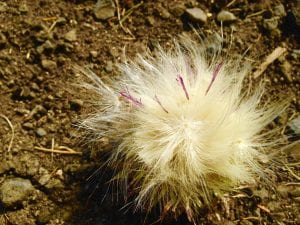 I know not what I am doing.

This requires more than
self-confidence could ever provide.

This beckons a confidence not of my self.

A confidence ruled by the force
that causes the musk thistle do what it does.
Sprout, grow, bloom, wither, blow
with the wind, and re-seed.

The force that holds the stars
in the sky and the same force
that grew two beings in my womb.

“The Way of Pain”

Experience the pain, we must.
Feel the pain, be with the pain,
so as to receive the shining gift
that awaits on the other side
of the pain.

Physical pain, emotional pain,
as long as we push against it,
fight against it, cover it up,
smother it, drown it with
numbing agents, we miss out
on the indescribable beauty
that awaits when we lovingly
embrace it and walk consciously
through it.

Poetry and Photography: The Way of Pain

A Short Story (Inspired by the alchemy from Wednesday nights Alchemist Theatre) Perhaps have your favorite, spooky music playing in the background … And look at the large version of the photo … Pretty COOL!

She opened her eyes and saw three ghost like figures covered in nearly translucent and tattered bed sheets.

Slowly and with thinly veiled fear she approached the first figure. She asked what it had to impart to her.

She intuitively knew she had to lift the sheet to learn the answer. The fear had welled to a point where she knew if something didn’t happen to halt it, the anxiety would overtake her mind.

With trembling hands she delicately and slowly lifted the sheet. With utter surprise and sheer awe she saw that the figure held the message of strength and was only patiently waiting for her to retrieve the gift of Strength.

The figure handed her a black cube which she instinctively knew was to be absorbed by her entire body. “For I will be your strength. It is I who move you to do the things you know not why you are moved to do them. This cube represents the Strength that has always been within your heart.”

Years of “me too” led her to believe she was not strong and should not stand up for what she believed in her heart. By absorbing the gifted cube, she would release all that she had boxed within.

She claimed this gift of Strength and knew it would never leave her.

With an air of conviction she approached the next figure. With much less timid hands she lifted the sheet. This figure revealed to her how ….. Go here to read more …

She had a dream.
Walking through a
tunnel of books, she saw herself.
Look! Light at the end of the tunnel.

No wait, then … she had a vision.
Walking through a tunnel
of darkness, she saw herself.

She had chosen to
go deep this time.
Chosen to unearth
a hurt buried so
deep, she tricked
herself into believing
it never happened
and was gone forever.

A hurt that caused
her to ….

Poetry and Photography: Unearthing the Hurt

Some of you, many of you, may not know I have a brother who is five years younger than me. Well, I do. And his name is Robert …

This is dedicated to my younger brother and all in a similar situation. Please pray and meditate for them. 🙏✌️💜

Brother, One Day You Shall Be Released

I feel your pain.
I feel the sadness
that penetrates
deep into your soul.

The unfulfilled longing
to feel loved,
appreciated,
and validated.

I do not judge
you for the hunger
so extreme that
you have chosen to fill
that inner void
with addictive substances.

All of us need this
necessary soul-food of
unconditional love.

I do not judge
for giving your
soul temporary relief
with these substances.

I only send you
unconditional love,
as you are worthy
to receive this love.

As are your brothers and
sisters who walk
beside you in this
path littered with
unconsciousness
and the broken pieces
of your life.

Poetry: Brother, One Day You Shall Be Released