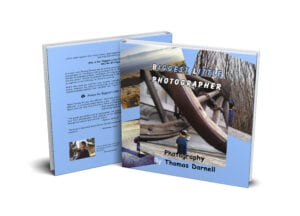 Finally! The last step for getting Thomas’s book fully online, and available to all bookstores! Thank you to Kate for helping to make this happen! This has been on my “to do” list for years. The book is now on the big A, Ingram, and as an ebook. 🥳🥳🥳 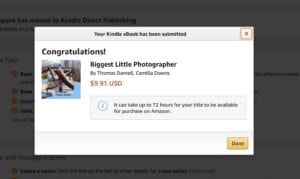 Just uploaded the updated cover for Biggest Little Photographer! Proof ordered, and then it will be widely available (previously only available from us). Thank you to the lovely Kate Raina for updating the cover!! We are so very grateful to YOU! xoxo 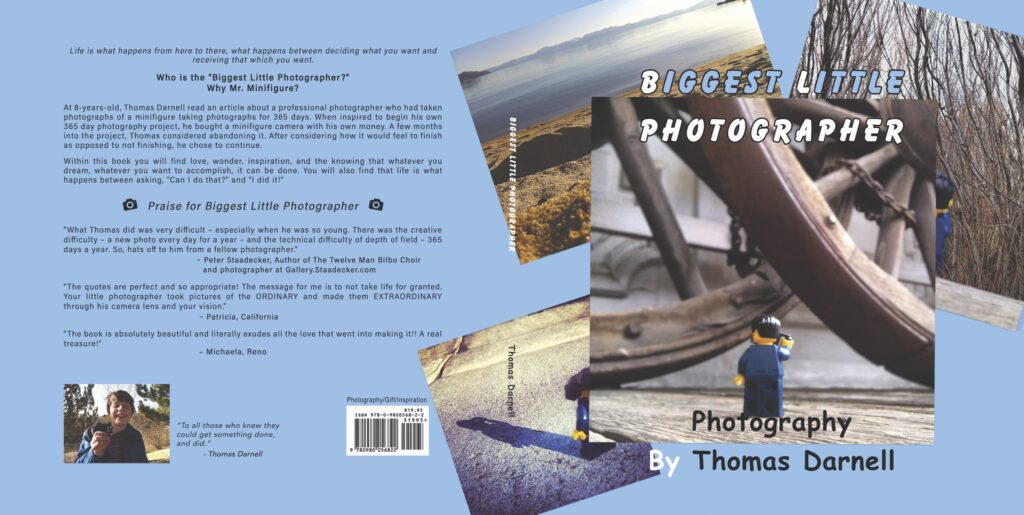 Thank you Kat McLain for contributing to the success of Thomas’s book. Although she was looking as beautiful as ever, Kat didn’t feel her best and opted out of a picture.

However! We took a picture of the V8 Cafe which Mr. Minifigure captured a photo of and it’s on page 4 for those that already have a book.

Kat: We are truly blessed to have known you over these past 8 or so years. Thank you, thank you!! xoxo 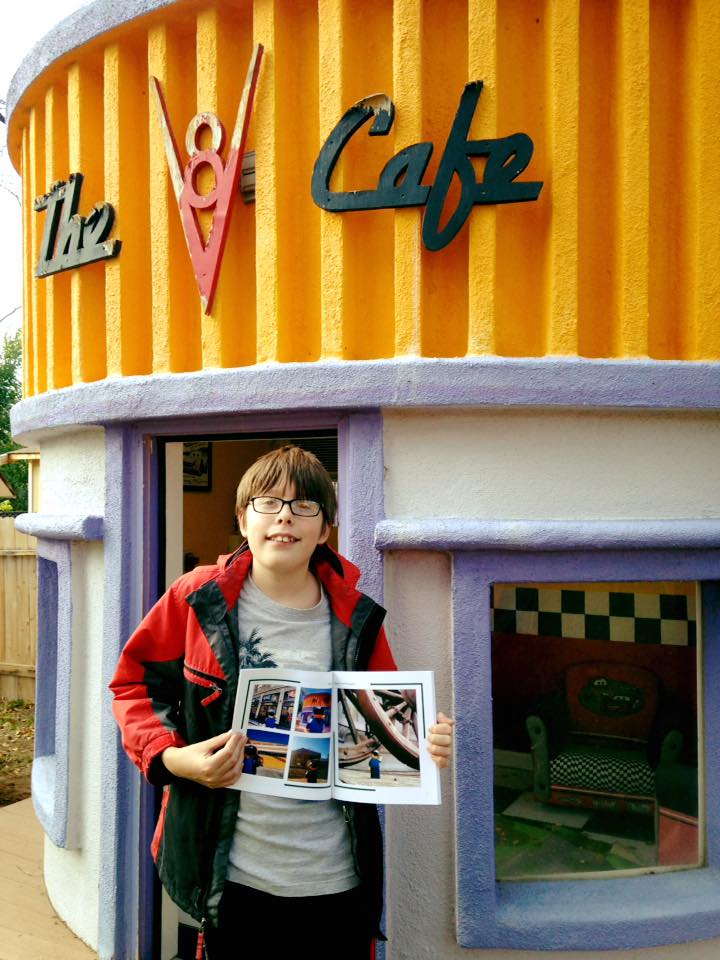 “PS please tell Thomas I was browsing some of his Biggest Little Photographer photos. What he did was very difficult – especially when he was so young. There was the creative difficulty – a new photo every day for a year – and the technical difficulty of depth of field – 365 days a year. So hats off to him from a fellow photographer.” – Peter Staadecker, Author and Photographer ….

Some fun photos from 2016 after the book was published. Thomas was a part of the Young Blood art showing with two of his photos. 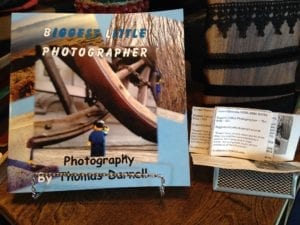 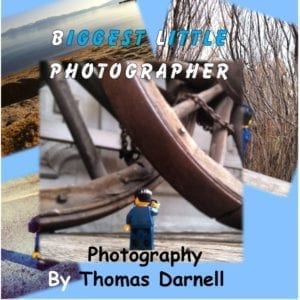 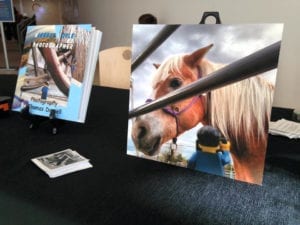 “We have two ears and one mouth so that we can listen twice as much as we speak.” -Epicetus … quote and photography from the book, Biggest Little Photographer, by Thomas Darnell … 💜💜💜 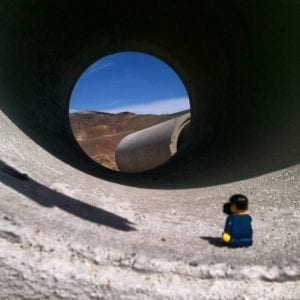 **Become a Patron and Support our creations of photography, poetry, books, and writings. As well as the book and movie musings we share. Click on the below photo and support with an amount that feels right for you. Note in the comments if you’d like this to be a monthly gift and we will set it up. Much Gratitude to you!**

“I have not failed. I’ve just found 10,000 ways that won’t work.” -Thomas Edison …. from the book, “Biggest Little Photographer” by Thomas Darnell 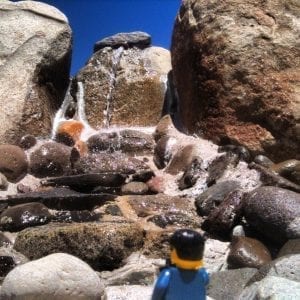 Fairies and Photography and Acceptance to Zig Zag!!! Sounds like a great trio to me! Lillian’s waving the sparkly, mystic filled wand over them!!

There’s fairy dust in the air for the months of November and December as you can get all three for a magical amount! Let me know … 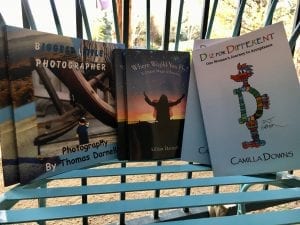 You can use this PayPal link. Just enter your amount and note which book(s) you would like and your mailing address.

Team TLC had a little adventure this afternoon. Got to be filmed for a wee segment about being a family of published authors. Will share details of the name of the show, airing date and time, and hopefully a link for viewing once we get it. xoxo 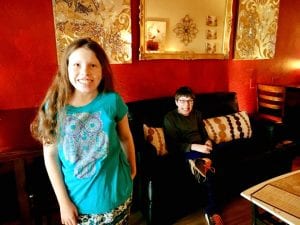 Where Would You Fly by Lillian Darnell

“If one advances confidently in the direction of his dreams, and endeavors to live the life which he has imagined, he will meet with a success unexpected in common hours. He will put some things behind, will pass an invisible boundary; new, universal, and more liberal laws will begin to establish themselves around and within him; or the old laws be expanded, and interpreted in his favor in a more liberal sense, and he will live with the license of a higher order.” – Henry David Thoreau

What better day to officially celebrate? Here’s to a successful creation and launch of Where Would You Fly and the final book to complete the trio for Team TLC … Definitely not the last!

Where Would You Fly …. Biggest Little Photographer ….. Different iz Good – One Woman’s Journey to Acceptance

It reached the Top 100 on the US Amazon site and Top 50 on the UK site. It has flown to Australia, The Netherlands, Northern Ireland, England, and from sea to shining sea in the United States.

She has received the most beautiful and heart warming reviews on Amazon and two bulk orders. And the local Reno Nevada KOLO 8 news segment has been viewed around the world.

This definitely called for a pile of gluten free white powdered donuts! Here’s to pursuing ones calling. Here’s to doing it different. Here’s to stickin with it. Heres to vowing to listen to ones heart. Here’s to us. And, most importantly, here’s to YOU!!! Oceans of love!! 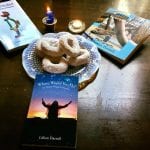 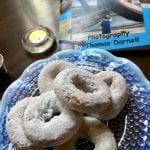 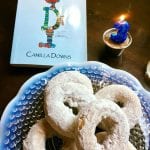 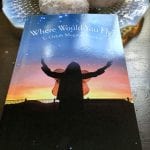 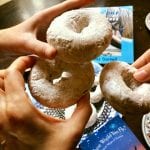 Look what we read today in our class! Thomas, the kids LOVED this book! -Jennifer Osborn, Teacher 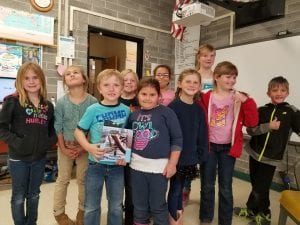